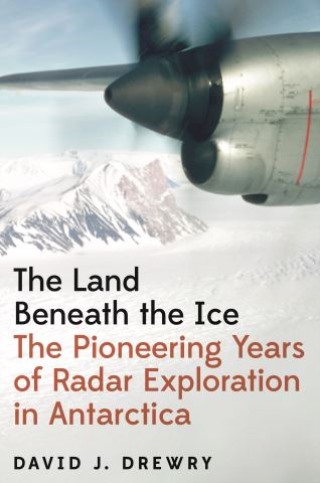 The Land Beneath the Ice

The Pioneering Years of Radar Exploration in Antarctica

From the moment explorers set foot on the ice of Antarctica in the early nineteenth century, they desired to learn what lay beneath. David J. Drewry provides an insider’s account of the ambitious and often hazardous radar mapping expeditions that he and fellow glaciologists undertook during the height of the Cold War, when concerns about global climate change were first emerging and scientists were finally able to peer into the Antarctic ice and take its measure.

In this panoramic book, Drewry charts the history and breakthrough science of radio-echo sounding, a revolutionary technique that has enabled researchers to measure the thickness and properties of ice continuously from the air—transforming our understanding of the world’s great ice sheets. To those involved in this epic fieldwork, it was evident that our planet is rapidly changing, and its future depends on the stability and behavior of these colossal ice masses. Drewry describes how bad weather, downed aircraft, and human frailty disrupt the most meticulously laid plans, and how success, built on remarkable international cooperation, can spawn institutional rivalries.

The Land Beneath the Ice captures the excitement and innovative spirit of a pioneering era in Antarctic geophysical exploration, recounting its perils and scientific challenges, and showing how its discoveries are helping us to tackle environmental challenges of global significance.

David J. Drewry: David J. Drewry is honorary fellow at Emmanuel College, University of Cambridge, and former director of the Scott Polar Research Institute at Cambridge and of the British Antarctic Survey. His books include Glacial Geologic Processes and Antarctica and Environmental Change. A world-renowned glaciologist, he has a mountain and a glacier named after him in Antarctica. He lives in Cottingham, England.