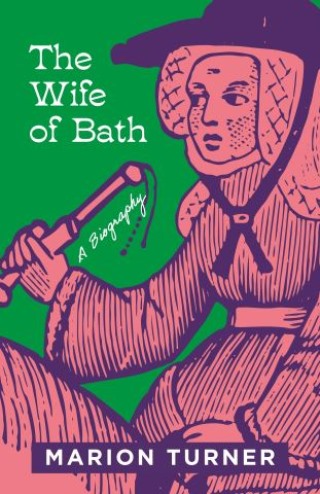 The Wife of Bath

From the award-winning biographer of Chaucer, the story of his most popular and scandalous character, from the Middle Ages to #MeToo

Ever since her triumphant debut in Chaucer’s Canterbury Tales, the Wife of Bath, arguably the first ordinary and recognisably real woman in English literature, has obsessed readers—from Shakespeare to James Joyce, Voltaire to Pasolini, Dryden to Zadie Smith. Few literary characters have led such colourful lives or matched her influence or capacity for reinvention in poetry, drama, fiction, and film. In The Wife of Bath, Marion Turner tells the fascinating story of where Chaucer’s favourite character came from, how she related to real medieval women, and where her many travels have taken her since the fourteenth century, from Falstaff and Molly Bloom to #MeToo and Black Lives Matter.

A sexually active and funny working woman, the Wife of Bath, also known as Alison, talks explicitly about sexual pleasure. She is also a victim of domestic abuse who tells a story of rape and redemption. Formed from misogynist sources, she plays with stereotypes. Turner sets Alison’s fictional story alongside the lives of real medieval women—from a maid who travelled around Europe, abandoned her employer, and forged a new career in Rome to a duchess who married her fourth husband, a teenager, when she was sixty-five. Turner also tells the incredible story of Alison’s post-medieval life, from seventeenth-century ballads and Polish communist pop art to her reclamation by postcolonial Black British women writers.

Entertaining and enlightening, funny and provocative, The Wife of Bath is a one-of-a-kind history of a literary and feminist icon who continues to capture the imagination of readers.

Marion Turner: Marion Turner is professor of English literature at the University of Oxford, where she is a tutorial fellow of Jesus College. Her books include the prize-winning biography Chaucer: A European Life (Princeton).