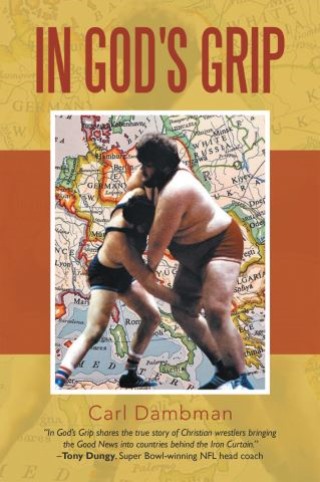 “Olympian Carl and the Athletes in Action wrestling team helped change the world through competitive events and the Gospel!”
—Josh D. McDowell, Author

“In God’s Grip is the thrilling account of a quiet, gentle giant who, like Jacob, wrestled with God. And they both won.”
—George Toles, Former NBA Stadium Announcer.

In 1979, four U.S. wrestlers stood with their families in the dark shadows of the Iron Curtain, lifting their eyes to the east and seeing a vast field of harvest. In God’s Grip presents the story of how God led this group of Christian athletes, committed to the mission fields in once-forbidden lands, and how the sports ministries they helped to pioneer grew into a global network. You will also read of Carl’s personal growth, as he shares his struggles in this riveting account of a new movement in church history—the use of sports for full-time mission work on a worldwide scale.