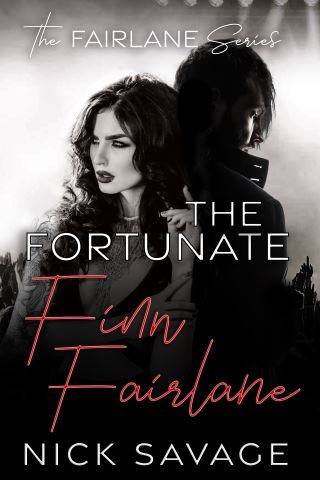 Is there such a thing as too much inspiration?
On a world wide tour to promote the newest album of hot rock band Spear Fist, Finn Fairlane is still trying to make sense of his complicated love life. Ex-girlfriend Faith Siubhal went from the girl who got away to the woman who is finally back in his life, but his girlfriend Viv isn't very happy about her reemergence.
While a distracted Finn fights to keep his job on tour, he crosses paths with a hypnotizing woman who instantly draws him in. Could the mysterious new woman be the real spark he's been searching for all this time or is his re-budding relationship with Faith the only thing his life has been missing? As Finn attempts to dodge making a disaster out of his relationships and career at the same time, someone is being dishonest, but the music producer's keen ear may not be ready to hear the truth.

Nick Savage: Nick Savage lives in the Orlando area with his wife and 2 cats. He is an award winning & best-selling author who writes both Modern Romance and Contemporary Fantasy. He is also an artist, and video game nerd. Follow on FB @SavageWritings, IG @TheAuthorNickSavage, Twitter @SavageWrites.