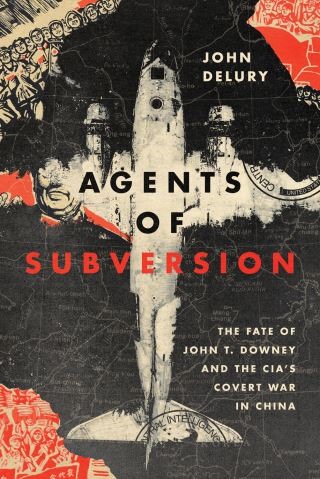 The Fate of John T. Downey and the CIA's Covert War in China

Agents of Subversion reconstructs the remarkable story of a botched mission into Manchuria, showing how it fit into a wider CIA campaign against Communist China and highlighting the intensity—and futility—of clandestine operations to overthrow Mao.

In the winter of 1952, at the height of the Korean War, the CIA flew a covert mission into China to pick up an agent. Trained on a remote Pacific island, the agent belonged to an obscure anti-communist group known as the Third Force based out of Hong Kong. The exfiltration would fail disastrously, and one of the Americans on the mission, a recent Yale graduate named John T. Downey, ended up a prisoner of Mao Zedong's government for the next twenty years.


Unraveling the truth behind decades of Cold War intrigue, John Delury documents the damage that this hidden foreign policy did to American political life. The US government kept the public in the dark about decades of covert activity directed against China, while Downey languished in a Beijing prison and his mother lobbied desperately for his release.

Mining little-known Chinese sources, Delury sheds new light on Mao's campaigns to eliminate counterrevolutionaries and how the chairman of the Chinese Communist Party used captive spies in diplomacy with the West. Agents of Subversion is an innovative work of transnational history, and it demonstrates both how the Chinese Communist regime used the fear of special agents to tighten its grip on society and why intellectuals in Cold War America presciently worried that subversion abroad could lead to repression at home.

John Delury is Professor of Chinese Studies at Yonsei University. He is the coauthor of Wealth and Power. Follow him on Twitter @JohnDelury.