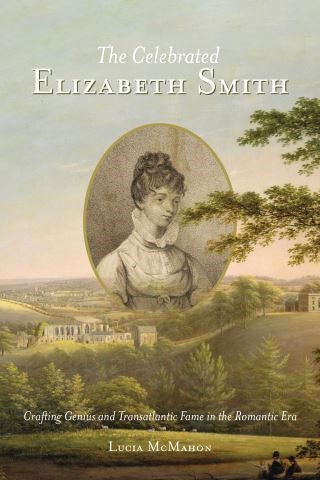 Crafting Genius and Transatlantic Fame in the Romantic Era

Elizabeth Smith, a learned British woman born in the momentous year 1776, gained transnational fame posthumously for her extensive intellectual accomplishments, which encompassed astronomy, botany, history, poetry, and language studies. As she navigated her place in the world, Smith made a self-conscious decision to keep her many talents hidden from disapproving critics. Therefore, her rise to fame began only in 1808, when her posthumous memoir appeared.

In this elegantly written biography, Lucia McMahon reconstructs the places and social constellations that enabled Smith’s learning and adventures in England, Wales, and Ireland, and traces her transatlantic fame and literary afterlife across Britain and the United States. Through re-telling Elizabeth Smith’s fascinating life story and retracing her posthumous transatlantic fame, McMahon reveals a larger narrative about women’s efforts to enact learned and fulfilling lives, and the cultural reactions such aspirations inspired in the early nineteenth century.

Although Smith was cast as "exceptional" by her contemporaries and modern scholars alike, McMahon argues that her scholarly achievements, travel explorations, and posthumous fame were all emblematic of the age in which she lived. Offering insights into Romanticism, picturesque tourism, celebrity culture, and women’s literary productions, McMahon asks the provocative question, "How many seemingly exceptional women must we uncover in the historical record before we are no longer surprised?"

Lucia McMahon is Professor and Chair of History at William Paterson University and the author of Mere Equals: The Paradox of Educated Women in the Early American Republic.