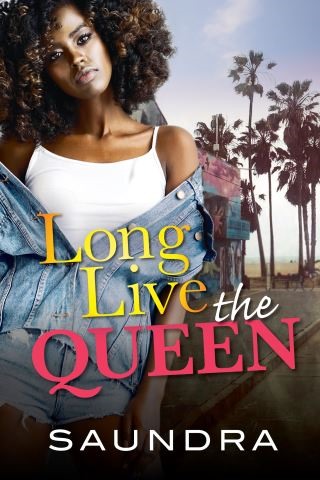 Urban lit star Saundra delivers her most incendiary novel yet as a good girl turned Cali drug queenpin goes nationwide, where the success is explosive, the new conspiracies brutal—and the betrayals could finally take her down for the count . . .

Once an innocent college-bound girl, Precious Cummings rapidly took over her lover”s LA drug hustle. Now with a nationwide empire handed to her by kingpin El Guado, she and her sexy partner Marlo control the country's most formidable crews. Their new ways to move product send profits into the stratosphere—and turn up the heat between her and Marlo. And with her new Miami night club becoming the place to be, there's no limit to what Precious can rule . . .

But becoming the queen means making enemies even savvy Precious doesn't see coming. While ruthless up-and-comers plot to dethrone her, Precious’s beloved twin sister, Promise, is getting way too high on money, sex, and drugs. And when sure-fire deals suddenly turn into scorched-earth disasters, Precious will have to beat the game’s merciless odds—and keep her kingdom from crumbling . . .

Praise for Saundra and her novels

“Saundra continues to flawlessly portray the dog-eat-dog code that Detroit goes by.”
—RT Book Reviews on Her Sweetest Revenge 3

“Saundra should be applauded. . . . Enthusiasts of the series will love revisiting Mya.”
—Library Journal on Her Sweetest Revenge 3

Saundra: SAUNDRA grew up in Cleveland, Mississippi, and now lives in Indiana with her family. Saundra’s stories highlight fearless females who hustle to get what they deserve. Her debut novel, Her Sweetest Revenge, began the series that won praise for being a “roller-coaster ride” and “drama at its best.” Saundra is active on Twitter @AuthorSaundra and loves to hear from readers.