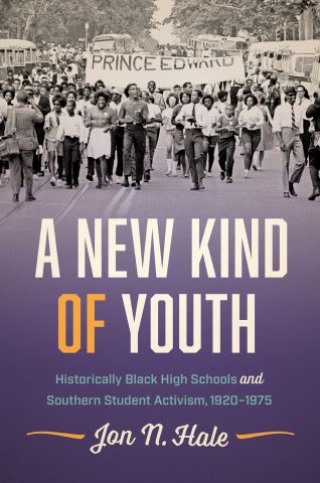 A New Kind of Youth

The story of activist youth in America is usually framed around the Vietnam War, the counterculture, and college campuses, focusing primarily on college students in the 1960s and 1970s. But a remarkably effective tradition of Black high school student activism in the civil rights era has gone understudied.

In 1951, students at R. R. Moton High School in rural Virginia led a student walkout and contacted the law firm of Hill, Martin, and Robinson in Richmond, Virginia, to file one of the five pivotal court cases that comprised the Brown v. Board of Education decision. In 1960, twenty-four Burke High School students in Charleston, South Carolina, organized the first direct action, nonviolent protest in the city at the downtown S. H. Kress department store. Months later in the small town of McComb, Mississippi, an entire high school walked out in protest of the conviction of a student who sat-in on a local Woolworth lunch counter in 1961, guiding the agenda for the historic Freedom Summer campaign of 1964. A New Kind of Youth brings high school activism into greater focus, illustrating how Black youth supported liberatory social and political movements and inspired their elders across the South.

Jon N. Hale: Jon N. Hale is associate professor of educational history and policy studies at the University of Illinois at Urbana-Champaign.