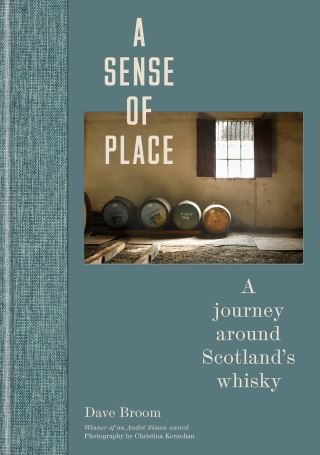 A Sense of Place

A journey around Scotland’s whisky

In this beautifully crafted narrative, award-winning writer Dave Broom examines Scotch whisky from the point of view of its terroir - the land, weather, history, craft and culture that feed and enhance the whisky itself. Travelling around his native Scotland and visiting distilleries from Islay and Harris to Orkney and Speyside, Dave explores the whiskies made there and the elements in their distilling, and locality, which make them what they are. Along the way he tells the story of whisky's history and considers what whisky is now, and where it is going.

With stunning specially commissioned photography by Christina Kernohan, A Sense of Place will enhance and deepen every whisky drinker's understanding of just what is in their glass.

Dave Broom has written 13 books, including The World Atlas of Whisky, now in its second edition. He has won many awards, including two Glenfiddich prizes and, in 2013, he won the prestigious IWSC Communicator of the Year Award. In 2015, he won The Spirited Award for Best Cocktail & Spirits writer, and, in 2018, The Way of Whisky won an Andre Simon prize. In 2020 he was awarded Best Drinks Writer at the Fortnum & Mason awards.

He has been a contributing editor to Whisky Magazine, scotchwhisky,com and Malt Advocate. In 2020 he started his own website thewhiskymanual.uk. He has made two films, Cuba In A Bottle and The Amber Light. The latter, an examination on whisky and Scottish culture, won Best Programme at the 2020 Fortnum & Mason awards.

Over his three-plus decades in the field, Dave has built up a considerable international following with regular training/educational visits to Japan, France, Holland, Scandinavia, Germany, Africa and North America. He is actively involved in whisky education and also acts as a consultant to major distillers on tasting techniques as well as training professionals and the public. Dave has also worked with Suntory in developing a language of tasting that communicates Japanese concepts to English speaking audiences.