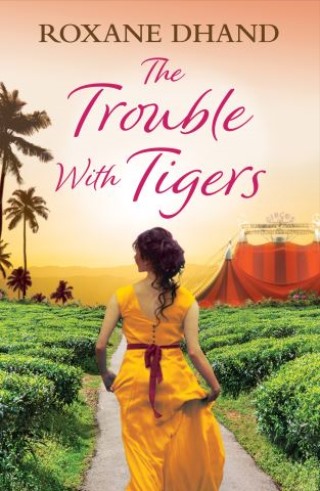 The Trouble With Tigers

From the best-selling author of The Pearler's Wife, a gripping and immersive story of family secrets, sacrifice and romance set against the backdrop of a spell-binding circus in 20th Century India. Perfect for fans of books by Lucinda Riley and Dinah Jeffries.

After her father died under mysterious circumstances, Lilly Myerson grew up in England raised by her grandparents. Married off at eighteen to a well-to-do but controlling Indian merchant, Lilly has never experienced adventure or romance.

But in 1902 as a new king is about to be crowned, Lilly's life is destined to change.

When her estranged mother invites her to spend the hot season in Nainital, Lilly's husband forces her to leave her beloved, five-year-old son Teddy behind. As Lilly discovers what lies outside her sheltered existence, she realises two things: she can't return to her carefully manicured life and she must rescue Teddy before his father turns him against her.

Roxane's third novel, The Trouble With Tigers, is published in September 2022, a compulsive and immersive historical read full of romance and adventure set in 20th Century India.
Born in Kent, Roxane entertained her sisters with imaginative stories from an early age. After graduating with degrees in English and French from London University she began her professional life in Switzerland. It was while living there that she started to put her stories on paper. Returning to England, marriage, work and a house move to Hampshire derailed the writing for several years until she picked up her pen once more in 2013.
Her best selling debut novel, The Pearler's Wife was published by Harper Impulse in 2018, and in Australia with Penguin Random House. Her second novel, The Orphan of Good Hope was published in 2020, a riveting seventeenth-century romance that sweeps the reader from Amsterdam to a frontier town on the Cape of Good Hope.