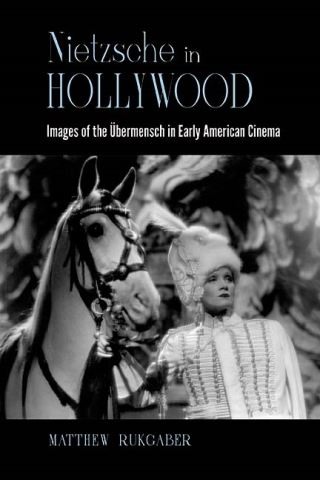 Images of the Übermensch in Early American Cinema

Nietzsche in Hollywood offers a compelling and startling history of Hollywood film in which the German philosopher Friedrich Nietzsche and his idea of the Übermensch looms large. Though Nietzsche's philosophy was attacked as egoistic and a sociopathic version of Darwinism in films from the 1910s, it undergoes a series of cinematic and philosophical transformations in the 1920s and 1930s under the eye and pen of some of the most significant names in early Hollywood, including Erich von Stroheim, Josef von Sternberg, Ben Hecht, Howard Hawks, and Ernst Lubitsch. In addition to establishing historical connections between Nietzsche's philosophy and these filmmakers, the book provides philosophical readings of many Hollywood films through the lens of the Nietzschean ideas of "perspectivism" and the critique of morality. Offering a new history of classic Hollywood films as well as a new approach to film philosophy, Nietzsche in Hollywood reveals a reading of the philosopher in American culture that has largely been ignored.