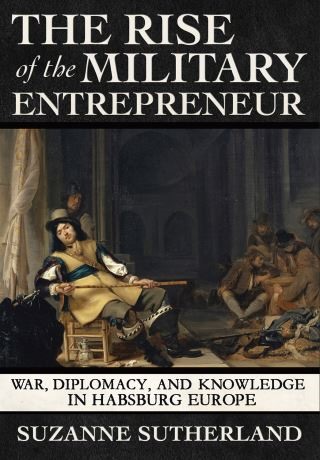 The Rise of the Military Entrepreneur

The Rise of the Military Entrepreneur explores how a new kind of international military figure emerged from, and exploited, the seventeenth century's momentous political, military, commercial, and scientific changes. In the era of the Thirty Years' War, these figures traveled rapidly and frequently across Europe using private wealth, credit, and connections to raise and command the armies that rulers desperately needed. Their careers reveal the roles international networks, private resources, and expertise played in building and at times undermining the state.

Suzanne Sutherland uncovers the influence of military entrepreneurs by examining their activities as not only commanders but also diplomats, natural philosophers, information brokers, clients, and subjects on the battlefield, as well as through strategic marital and family allegiances. Sutherland focuses on Raimondo Montecuccoli (1609–80), a middling nobleman from the Duchy of Modena, who became one of the most powerful men in the Austrian Habsburg monarchy and helped found a new discipline, military science.

The Rise of the Military Entrepreneur explains how Montecuccoli successfully met battlefield, court, and family responsibilities while contributing to the world of scholarship on an often violent, fragmented political-military landscape. As a result, Sutherland shifts the perspective on war away from the ruler and his court to instead examine the figures supplying force, along with their methods, networks, and reflections on those experiences.

Suzanne Sutherland is Associate Professor of History at Middle Tennessee State University. She is coeditor of The Renaissance of Letters and a subject editor for the digital Routledge Encyclopedia of the Renaissance World.