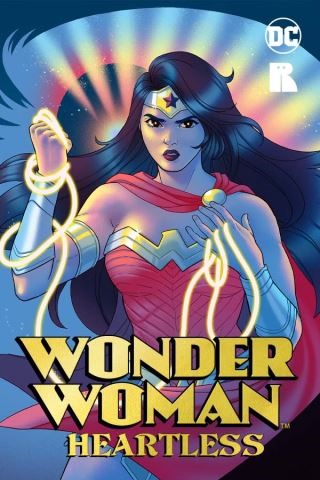 Celebrate Wonder Woman's 80th anniversary with this original new saga about Diana Prince.
When a magical threat targets both Washington’s elite and its most marginalized, Wonder Woman and the Crimson Avenger unite to mete out justice.

Diana Prince lives a double life. No one would ever suspect the studious anthropologist of secretly being Wonder Woman, gifted with godlike powers from her home in Themyscira. Only a few people—such as Dr. Barbara Minerva, the famed archeologist—know the truth, and Diana intends to keep it that way.

When she witnesses the very-public murder of an influential Washington D.C. insider, Diana’s two worlds collide. Because only someone with powers like hers would be capable of siphoning a man’s heart. She’s determined to stop them before they strike again.

Meanwhile, Jill Carlyle—also known as the Crimson Avenger— is investigating a murder of her own. Frustrated by how justice is often awarded to the privileged, Jill will do anything to ensure that marginalized victims aren’t forgotten. Even if it means getting in Wonder Woman’s way.

As more hearts are stolen across the city, Diana, Barbara, and Jill realize the crimes are connected. Restoring harmony requires overcoming their biases—and the dark secret one of them is keeping— before the chaos tears them further apart.