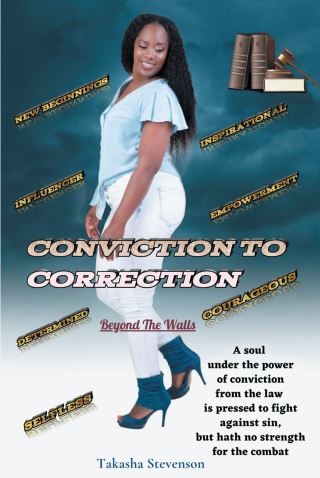 Three years after my incarceration, I had finally gone from surviving to living. I had become careful of who I allowed in my life because before prison, I was on others' tongue. And now after prison, I could see nothing has changed with some of those same people. I had experienced fake friends and family who were always questioning my change and talking against me because of my change. So God stepped in and changed my circle to change me because it was the same people, but they had different issues now. The less I revealed, the more people started to wonder about me.

I had people come to me who drained me and then blamed me. But God once again had stepped in and revealed their character to me during small misunderstandings and miscommunications. I was now out of the dark and had no intentions of getting led into it again because the pain had hurt the same no matter who it had come from. It wasn't that the dark was scary to me; it was just an unfamiliar scenery because I never had to totally depend on anyone before. The only way out of the dark was to retrace my steps and social distance myself from family and friends so that I could work on my livelihood now as a convicted felon because I didn't know the road would be so rough.

COVID-19 might have been bad for others but couldn't have come at a more appropriate time in my life. But through it all, I have been blessed beyond all expectations. No matter what was thrown at me, I have conquered them all. So I think it's only fair to inspire others to challenge themselves and overcome their limitations and to break through whatever barriers they may have encountered. I've learned from my mistakes, and you can too.