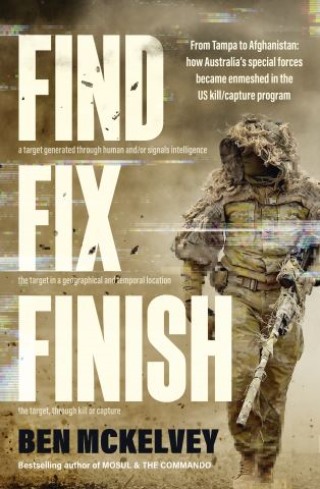 The new book from the bestselling author of The Commando and Mosul.

It was Australia's longest war, and also our most secretive.

In the craggy mountains, green belts and digital battlefields of Afghanistan, concepts of heroism and decency started to warp and Australian special forces operators moved apart on the question of how the war should be conducted - with tragic consequences.

For more than a decade, Australia's special forces (SASR) were pushed to the limit as brutal engagements killed 20 Australians and an estimated 11,000 Afghans. Also pushed were the limits of Australian and international law, as Australia's operators fought against - and with - brutal tribal warlords and narco-barons.

Increasingly enmeshed in a US-led targeting program that attempted to kill its way out of the war, the Australian SASR became one of the most feared and lethal force elements in the country. But with a corrupt Afghan government, ancient enmity washing into each Afghan valley, and Canberra and Washington uninterested or bereft of strategy, kill/capture missions became their own end, not a means.

In the aftermath of the war, rifts, rumours and media reporting triggered an independent Inquiry into alleged war crimes, the subsequent Brereton Report and a sensational defamation trial - challenging the hard-won reputation of our elite forces, including Australia's most visible and decorated soldier.

Find Fix Finish is a timely investigation into Australia's special forces war in Afghanistan, featuring interviews from civilian strategic decision-makers, as well as Afghan, US and Dutch foreign nationals and former ADF commanders, troopers and privates.

Ben Mckelvey is a freelance writer and editor from Sydney who has filed for Good Weekend, GQ, Voyeur, Rolling Stone, The Bulletin, Cosmo, Cleo and the Age and West Australian newspapers. Ben's previous roles have included editing Sports&Style and Juice magazines, and working at the Sydney Morning Herald as a Senior Feature Writer. He has been embedded with the ADF in East Timor and Iraq, and has worked independently in Iran and Afghanistan. His books have been shortlisted for a number of major literary awards, including a Victorian Premier's Literary Award and Australian Book Industry Award.