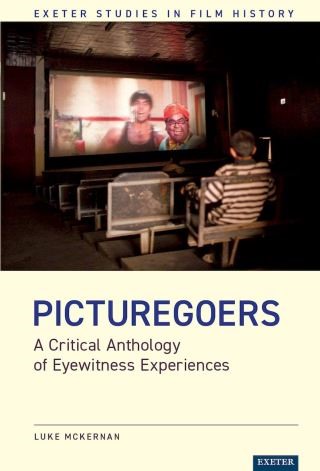 A Critical Anthology of Eyewitness Experiences

This book is a carefully selected, thematically arranged collection of eyewitness accounts of seeing motion pictures – from the 1890s to the present day, and from countries across the globe. Included are essays, diaries, memoirs, travel accounts, oral history interviews, poems and extracts from novels. These verbatim accounts – from both professional and amateur writers – have been selected not only for what they tell us about the historical experience of cinema in many countries, but also for their literary value. Here is evocative testimony that shows how deeply cinema touches emotional needs, and the huge impact that the cinema has had on modern society.

While most film history studies are centred on films or those who produce them, Picturegoers puts the voices of the audience first. It analyses and celebrates the audience’s point of view, shaped by time, experience and place, providing a rich, entertaining portrait of a medium that became so transformative precisely because anyone, rich or poor, educated or not, could share in it.

The book will appeal to scholars interested in the relationship between cinema and society, those engaged in audience studies, and general readers interested in world cinema history.

Luke McKernan is a film historian and news curator. He is Lead Curator of News and Moving Image at the British Library, and Associate Editor for the journal Early Popular Visual Culture. He has written widely on early film for a number of academic journals and also curates a web resource on Charles Urban at www.charlesurban.com .