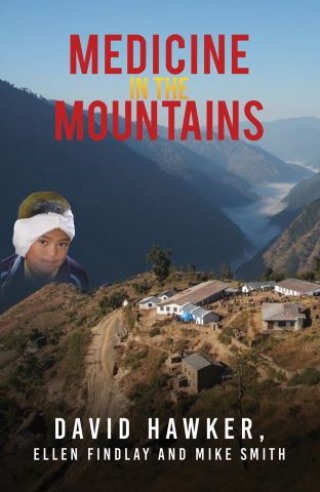 Medicine in the Mountains

Against the background of broad brush strokes of Nepal’s history and geography, David Hawker tells a dramatic story. After 20 years working in Nepal, Nurse Ellen Findlay saw an opportunity to go and attempt to meet the desperate needs of people living in the remote and inaccessible mountains of Nepal. With vision, determination and bravery, she and surgeon Mike Smith pioneered outreach into some of Nepal’s most isolated and poverty-stricken communities. For 25 years, 7-10 day surgical, medical and dental camps were organised, treating more than 100,000 sick people during civil war and political upheaval, many in places with no roads or airstrips. Finally, after the massive earthquake of 2015, specialist gynaecological and ear centres were established to provide ongoing treatment and training for Nepali clinicians.

David Hawker: David Hawker was born in Surrey and educated at Kingston Grammar School. He studied Medicine in Edinburgh, where he met his wife, Beryl, who is also a doctor. He then specialised in Anaesthetics before working in both mission and government hospitals in Pokhara, Nepal for nine years, bringing up their three children there. Returning to the UK, he worked as a GP in Cornwall for 18 years, then on the Hebridean islands of Islay and Jura. He played, and then umpired cricket for 60 years, and loves travel and trains. He has 11 grandchildren. His first book Kanchi Doctor was the biography of one of Nepal’s first surgeons.