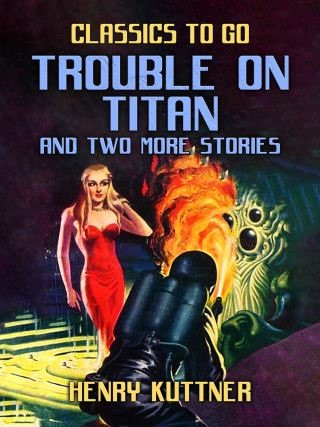 The sub-human denizens of Saturn’s largest moon were said to be harmless—but when the ace director of Nine Planets Films was sent to photograph them, he was in for a shock!

Henry Kuttner: Henry Kuttner (April 7, 1915 – February 3, 1958) was an American author of science fiction, fantasy and horror. Kuttner was known for his literary prose and worked in close collaboration with his wife, C. L. Moore. They met through their association with the "Lovecraft Circle", a group of writers and fans who corresponded with H. P. Lovecraft. Their work together spanned the 1940s and 1950s and most of the work was credited to pseudonyms, mainly Lewis Padgett and Lawrence O'Donnell.