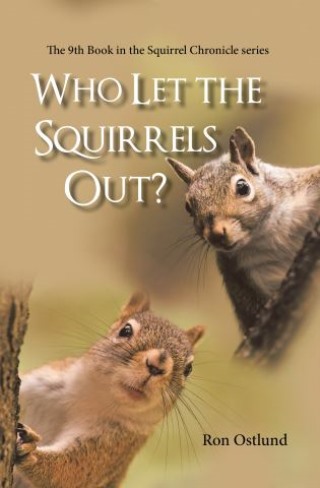 Who Let the Squirrels Out?

The 9Th Book in the Squirrel Chronicle Series

In the ninth book of The Squirrel Chronicles, the life of Harold Finebender, curator of the Otis Tharp Fountain Pen Museum, takes a turn for the worse. To make it through a downturn in the economy The Office Zone, owner of the building the museum is in, leased it to George Granger of the Big G grocery chain. He saw the field and woods behind the museum as a venue for advertising the products in his stores. An invitation for the Community of Abner to host the first Neighborhood Seven Find The Nut Tournament ends with Harold becoming involved with Vinny Bling, a local gangster. A break-in at the Committee of Committees headquarters puts squirrel communities in danger because valuable information was taken. And Ferrel, a longtime community member, leaves the cast of Les The Miser None The Wiser to find fame as FeRoll, a rapper. In other words, it’s been a typical year for Roscoe and the members the Community of Abner.

Ron Ostlund: Ron Ostlund is a retired mechanical draftsman who enjoyed writing poems and stories as a hobby during his "working years." He is a lifelong resident of Kansas City, Missouri and attended high school and college there. He and his wife recently celebrated their 65th wedding anniversary. They have four daughters, eight grandchildren, and nine great-grandchildren.