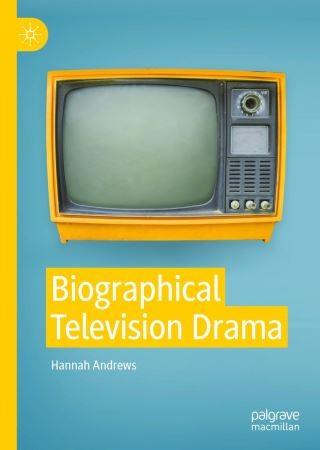 “Biographical Television Drama breaks new ground as, to my knowledge, the first book-length exploration of the terms in which television engages in biographical storytelling. Backed by robust research in biography studies and British television history, Hannah Andrews deftly unravels the complexities behind the accessibility of biographical television drama. Her book tackles key questions head-on, notably rhetorics and style, narrative and performance and, innovatively, ethics, while also shedding light on the interconnections with other biographical screen forms through a rich corpus. This is an essential critical study that vindicates television drama’s unique place in the histories and practices of screen biography.”

-Belén Vidal, Senior Lecturer in Film Studies at King’s College London and co-editor of The Biopic in Contemporary Film Culture

This book explores what happens when biography and television meet, in a novel fusion of the two fields of study. Andrews compares core concepts in biography and television studies such as intimacy, the presentation of the self and the uneasy relationship between fact and fiction. The book examines biographical drama’s generic hybridity, accounting for the influence of the film biopic, docudrama, melodrama and period drama. It discusses biographical television drama’s representation of real lives in terms of visual style, performance and self-reflexivity. Andrews also assesses how life stories are shaped for televisual narrative formats and analyses the adaptation process for the biographical drama. Finally, the book considers various kinds of reputation – of the broadcast institution, author, biographical subject – in relation to the ethics of televisual biography.

Hannah Andrews is Senior Lecturer in Media, Film and Television at Edge Hill University, UK. She is the author of Television and British Cinema: Convergence and Divergence since 1990 (2014). She has published widely on film, television and media in journals including Screen, Adaptation, Critical Studies in Television, Celebrity Studies and Visual Culture in Britain.