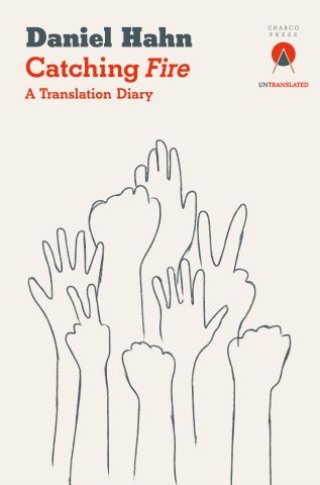 In Catching Fire, the translation of Diamela Eltit's Never Did the Fire unfolds in real time as a conversation between works of art, illuminating both in the process. The problems and pleasures of conveying literature into another language—what happens when you meet a pun? a double entendre?—are met by translator Daniel Hahn's humor, deftness, and deep appreciation for what sets Eltit's work apart, and his evolving understanding of what this particular novel is trying to do.

Daniel Hahn is a writer, editor and translator with over eighty books to his name. His translations (from Portuguese, Spanish and French) include fiction from Europe, Africa and the Americas and non-fiction by writers ranging from Portuguese Nobel laureate José Saramago to Brazilian footballer Pelé. Recent books include the new Oxford Companion to Children's Literature and a translation of Julián Fuks’ Resistance and Occupation. He is a former chair of the Society of Authors and is presently on the board of a number of organisations that deal with literature, literacy, translation and free expression. In 2021 Daniel was made an OBE for his services to literature.