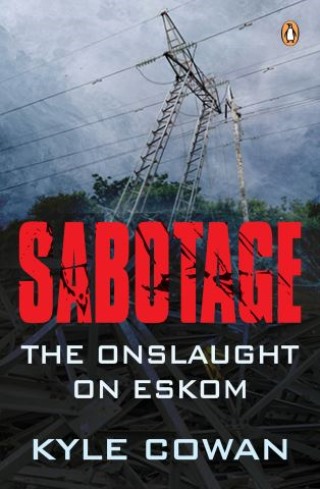 The Onslaught Against Eskom

On a stormy evening in November 2021, unknown saboteurs neatly cut eight steel supports and toppled a small pylon near Lethabo Power Station in the Free State. It was felled in such a way as to take out a back-up power line, leaving coal conveyors at the power station without electricity. ‘This was clearly now an act of sabotage,’ declared Eskom’s chief executive officer André de Ruyter, ‘and I think we can call it as such.’ Who was behind this, and what is their ultimate goal?

Since his appointment in January 2020, De Ruyter has faced intense opposition from within the power utility as he attempts to clean up corruption and return the electricity company to a semblance of its former glory. He is not alone. Chief operations officer Jan Oberholzer and other trusted allies in Eskom have also come under intense fire.

From forensic investigations, botched probes and accusations of racism, De Ruyter and Oberholzer have spent significant amounts of time fending off allegation after allegation. Amid this onslaught, it has become clear that their enemies will take any measures necessary to have them removed from office.

Based on exclusive interviews with De Ruyter, Oberholzer and other key figures, Sabotage is a story of conspiracy and subterfuge at South Africa’s ailing power utility, giving new insights into a battle that threatens the country’s economy.

Kyle Cowan is an award-winning journalist. He was twice named joint winner of the prestigious Taco Kuiper Award for investigative journalism and works at News24 as part of their in-depth investigative team.