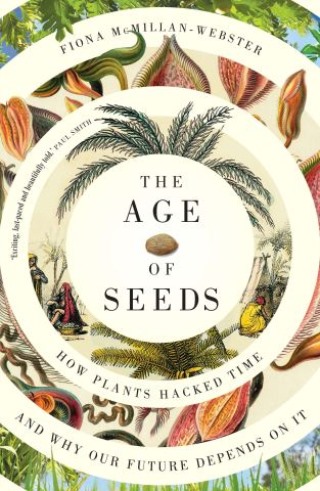 The Age of Seeds

How Plants Hacked Time and Why Our Future Depends on It

Plants evolved seeds to hack time. Thanks to seeds they can cast their genes forward into the future, enabling species to endure across seasons, years, and occasionally millennia. When a 2000-year-old extinct date palm seed was discovered, no one expected it to still be alive. But it sprouted a healthy young date palm. That seeds produced millennia ago could still be viable today suggests seeds are capable of extreme lifespans. Yet many seeds, including those crucial to our everyday lives, don't live very long at all. In The Age of Seeds Fiona McMillan-Webster tells the astonishing story of seed longevity, the crucial role they play in our everyday lives, and what that might mean for our future.

Fiona McMillan-Webster: Fiona McMillan-Webster is a Brisbane-based science writer with a Bachelor of Science in physics and a PhD in biophysics. She has written for National Geographic, Forbes Science, COSMOS magazine and Australian Geographic. Her writing has also appeared in the Best Australian Science Writing anthologies for 2015, 2016 and 2018. She was runner up for the UNSW Bragg Press Prize for Science Writing 2016. Fiona also writes about scientific research at the University of Queensland, where she explains the latest discoveries in brain research, cancer immunology, nanotechnology, and more. She is Editor of the Australian Institute for Bioengineering and Nanotechnology's magazine Small Things, Big Changes.

In addition, Fiona has worked behind the scenes to help produce scientific content across a variety of other media. This has included the development of panel discussions for the World Science Festival Brisbane, as well as research and production assistance for the ABC's factual TV series Ask the Doctor.