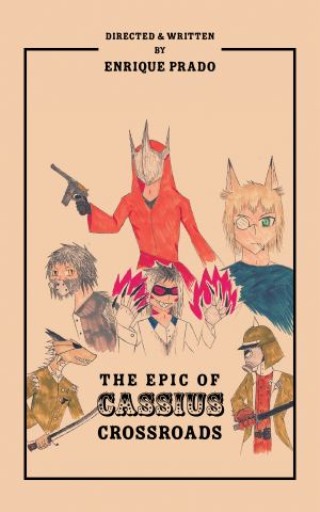 The Epic of Cassius Crossroads

Two hundred years ago a Man in Amber held the world on his back, but in his time of need, humanity coward, and were then cursed. Monsters of unspeakable horror now roam the earth, man now mutated to resemble the beast of the earth have fled to the farthest reaches. But against all odds they have managed to rebuild. In the land of Akumu Verde, the newest members of the Krahe Dragoons have been added to their ranks. Of them are Charles Crossroads, Roy, and Bawui, whose first assignment takes them to the edge of their homeland. Where what would have been a simple search and rescue, has now become a fight for their lives and sanity.

Enrique Prado: Who am I? I’ve called myself the true king of France, the worlds greatest actor, the artist formally know as the Mechanist, a Menace personified, The Copper Owl, and Shishen. I call myself these things because I aim to entertain, to bring tears to your eyes, to bring horror to your mind, and give you a world to escape to. I like many have been inspired by some of the greats, from westerns, sci-fi, Greek epics, and cosmic horror. These things have helped shape my world, a grand stage play, and now I am its director. So I hope you enjoy the show!