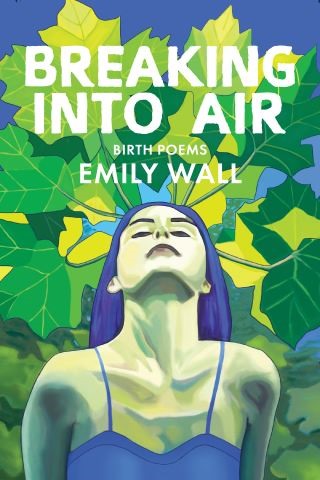 Poet Emily Wall began collecting birth stories after the birth of her third child, Lucy. She realized that women were always quietly sharing their stories—in living rooms with a mug of tea, or whispered at the preschool playground. She saw the intensity with which women listened to each other’s stories. They were shared, remembered, retold, but not collected, not treated as the art form they are. Wall began asking for, and collecting birth stories: women sent her emails, handed her their journals, and recorded their own voices. She collected stories from a lesbian couple, a story from an indigenous father who is fighting for his language, and a story from a grandmother. Some of the stories are about difficult and painful births: a woman who had a miscarriage, a woman unable to get pregnant. And some of the stories are beautiful: a birth in water that happened exactly as the mother dreamed it would. Wall has taken these stories and shaped them into poems, and then into this collection, offering the reader a look into the story that women, for centuries, have been quietly sharing with each other.

Emily Wall is a professor of English at the University of Alaska. She holds an MFA in poetry, and her poems have been published in journals across the US and Canada, most recently in Prairie Schooner and Alaska Quarterly Review. She has been nominated for a Pushcart Prize and her book, Flame, won the Minerva Rising chapbook prize. Her poem “This Forest” was chosen to be placed in Totem Bight State Park in Ketchikan, Alaska. She has published three books of poetry: Flame, Liveaboard, and Freshly Rooted. Emily lives on Douglas Island in Alaska, and she can be found online at www.emily-wall.com.