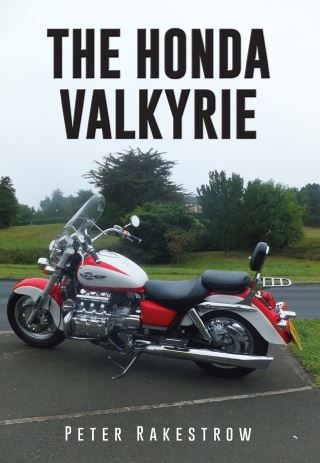 Honda’s Valkyrie/F6C burst onto the motorcycle scene in the mid-1990s, completely changing the way Cruisers looked and performed. Honda’s history with horizontally opposed engines in motorcycles dates back to the mid-1970s and the Valkyrie’s fully chromed flat-six-cylinder engine continued this trend with a ‘Hot-Rod’ version. Its ‘Classic American’ styling and aggressive sounding clean-flow through exhaust system made the Valkyrie/F6C an instant hit with both motorcycle press and public. Offering three different models of the original GL1500 Valkyrie, Honda dominated the Cruiser market, winning numerous awards along the way.In this book, Peter Rakestrow looks at the development and detailed history of the GL1500 Valkyrie/F6C from 1991, including the NRX1800 Valkyrie Rune of 2004, a concept motorcycle that became reality, to the 2014 GL1800 Gold Wing Valkyrie/F6C.Covering detailed changes of year by model, including specification sheets, this is the first book to cover the full story of a motorcycle that has become a legend in its own lifetime.

Peter Rakestrow: Peter Rakestrow is a member of the Honda Gold Wing Owners Club Great Britain and has contributed several articles to the official club magazine, WingSpan. He has owned eight Honda Gold Wing motorcycles and also has an extensive collection of sales brochures, owners manuals and other Gold Wing memorabilia. He lives in Exeter, Devon.