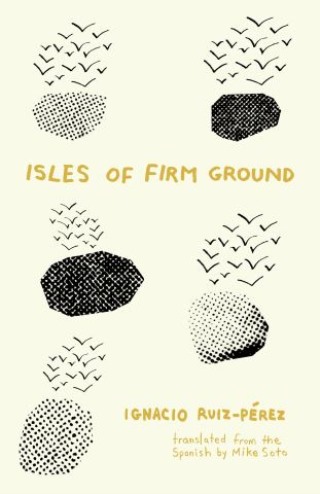 In wondrous, singing translation by Mike Soto, these spare, striking poems by Ignacio Ruiz-Pérez explore the infinite solitude of the universe.

The poems of Ignacio Ruiz-Pérez reflect a world precariously dependent on the word, but also transfixed by the word. They express a metaphysical shift where the laws of heaven and earth are suspended, transformed into a terrain of the journey inward, reflecting a cosmos of the self. The simplicity of these poems never fail to resonate, reflecting a profound investigation of the world on an elemental level. Ruiz-Pérez's poetry very often reads like the discovery of a formula, an algebra of poetic inquiry that draws together references to Edgar Allen Poe, William Blake, and Alejandra Pizarnik. Deftly translated by poet Mike Soto, these poems express a singular vision of the abundance of the world as well as the void, but in these poems even the void is begged to speak.

Ignacio Ruiz-Pérez was born in Chiapas, Mexico, in 1976. He is the author of multiple books of poetry and essays. His poetry and nonfiction have appeared in publications throughout Latin America, including Tierra Adentro, Punto de Partida, Crítica, La Nave, Revista de Literatura Mexicana Contemporánea, Revista Hispánica Moderna and Bulletin of Hispanic Studies. His book of poetry The Sign of the Crow was published in English translation in 2011.