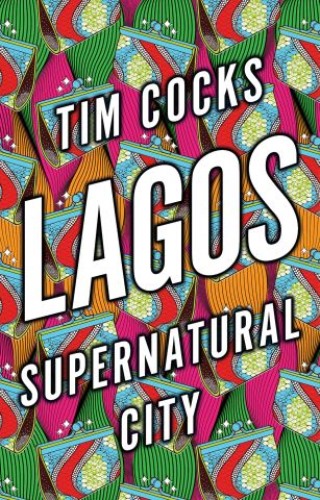 This is a frantic, mystical journey through Africa’s biggest metropolis: Lagos. Going beyond the popular images of mad traffic or crowded slums, we learn of the incredible feats Lagosians pull off to survive their broken-down city, and the secret enabling them to cope with the chaos and precarity of Nigeria’s most populous centre: spirituality.

A female street fighter in a male-dominated mafia extortion business. Two powerful chiefs locked in a deadly feud over billion-dollar real estate. An oil tycoon who gambles her fortune on televangelists’ prophecies. A rubbish scavenger dreaming of a reggae career. A fisherman’s son trying to save Makoko, the ‘floating slum’, from demolition. A priestess to a river goddess selling sand to feed Lagos’s construction boom.

Belief in unseen forces unites these figures, as does their commitment to worshipping them–at shrines, in mosques and in churches. In this extraordinary city, Tim Cocks uncovers something universal about human nature in the face of danger and high uncertainty: our tendency to place faith in a realm beyond.

Tim Cocks: Tim Cocks is a British-born journalist of South African parentage. Currently based in Johannesburg, he was formerly Reuters West & Central Africa bureau chief, based in Dakar, following four years in Lagos as Nigeria bureau chief. He holds an MA in Philosophy & Theology from the University of Oxford.