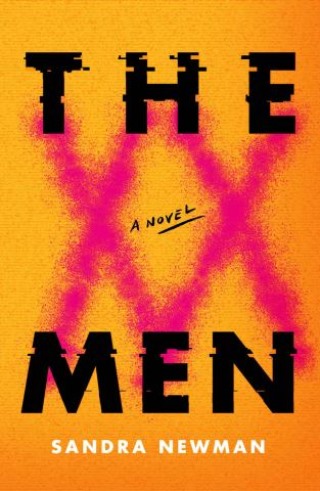 From the author of The Heavens, a dazzling, mindbending novel in which all people with a Y chromosome mysteriously disappear from the face of the earth

Deep in the California woods on an evening in late August, Jane Pearson is camping with her husband Leo and their five-year-old son Benjamin. As dusk sets in, she drifts softly to sleep in a hammock strung outside the tent where Leo and Benjamin are preparing for bed. At that moment, every single person with a Y chromosome vanishes around the world, disappearing from operating theaters mid-surgery, from behind the wheels of cars, from arguments and acts of love. Children, adults, even fetuses are gone in an instant. Leo and Benjamin are gone. No one knows why, how, or where.

After the Disappearance, Jane forces herself to enter a world she barely recognizes, one where women must create new ways of living while coping with devastating grief. As people come together to rebuild depopulated industries and distribute scarce resources, Jane focuses on reuniting with an old college girlfriend, Evangelyne Moreau, leader of the Commensalist Party of America, a rising political force in this new world. Meanwhile, strange video footage called “The Men” is being broadcast online showing images of the vanished men marching through barren, otherworldly landscapes. Is this just a hoax, or could it hold the key to the Disappearance?

From the author of The Heavens, The Men is a gripping, beautiful, and disquieting novel of feminist utopias and impossible sacrifices that interrogates the dream of a perfect society and the conflict between individual desire and the good of the community.

SANDRA NEWMAN is the author of the novels The Heavens, a New York Times Notable Book of the Year, and The Country of Ice Cream Star, longlisted for the Baileys Women’s Prize for Fiction and named one of the best books of the year by the Washington Post and NPR, as well as several other works of fiction and nonfiction. Her writing has appeared in Harper’s and Granta, among other publications. She lives in New York City.