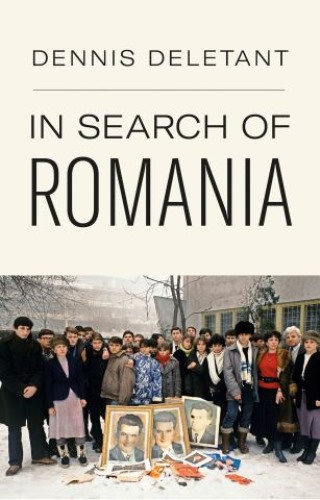 In Search of Romania

The imposition of Communist ideology was a misfortune for millions in Eastern Europe, but never for Dennis Deletant. Instead, it drew him to Romania. The renowned historian’s association with the country and its people dates back to 1965, when he first visited. Since then, Romania has made Dennis appreciate the value of shrewd dissimulation, in the face of the state’s gross intrusion in the life of the individual. This vivid memoir charts his first-hand experience of the Communist era, coloured by the early 1970s surveillance of his future wife Andrea; his contacts with dissidents; and his articles and BBC World Service broadcasts, which led to his being declared persona non grata in 1988.

In Search of Romania also considers how life went on under dictatorship, even if it was largely mapped out by the regime. How did individual citizens negotiate the challenges placed in their path? How important was the political police, the Securitate, in maintaining compliance? How did dissent towards the regime manifest? How did all this affect the moral compass of the individual? Why did utopia descend into dystopia under Ceaușescu? And how has his legacy influenced the difficult transition to democracy since the collapse of Communism?

Dennis Deletant: Dennis Deletant OBE is Emeritus Professor at the School of Slavonic and East European Studies, University College London. He was formerly the Visiting Ion Rațiu Professor of Romanian Studies at Georgetown University. His previous books include Ceaușescu and the Securitate and Communist Terror in Romania, both published by Hurst.