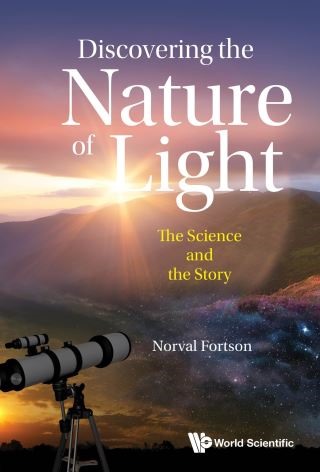 Discovering the Nature of Light

The Science and the Story

This book is a science text about light for the general reader; it is also an adventure story and a detective story revealing how the secrets of light were uncovered. Readers can share in the thrill of each discovery and learn about some of the myriad applications opened up by these fascinating discoveries, including the telescope, fiber optics, the laser, and even the recent optical detection of gravitational waves from space.With Professor Fortson, distinguished experimental physicist, as your tour guide, follow the journey from the 17th century — when Descartes first calculated the size of the rainbow — to the 20th century, when the quantum theory of light was born. Learn how Huygens, Newton, Planck, Einstein and many other great scientists solved one mystery after another, from the reason underlying the law of refraction to the puzzle of the photoelectric effect. The journey ends with the solution to the most challenging mystery of all: that light is both a wave and a particle — a fascinating finale.Contents:

Readership: Students, physicists, and general readers interested in the story about light and its applications.000