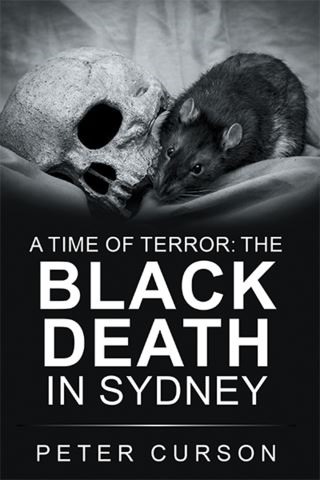 A Time of Terror: the Black Death in Sydney

This book is about how Bubonic Plague arrived and spread through parts of Australia in the period 1900-1925. In particular it concentrates on the epidemic of Plague which affected Sydney in 1900 and in the following years. The book examines the impact of Plague on Sydney’s population and in particular how medical and governmental authorities struggled to come to grips with what Plague really was and how it spread. Without any doubt the Plague epidemic that broke out in Sydney in 1900 was the most devastating and traumatic event in Australia’s 19th Century history and the greatest social disaster to affect Australia’s population. The book explores the impact that Plague had on ordinary people and how they behaved and reacted during the epidemic crisis. At a public level this outbreak of Plague produced some of the greatest scenes of fear, hysteria and panic ever seen in Australia. The book also delves into how Government and Medical officials fought among themselves re how best to control the pandemic and stop in spreading. Plague also produced some extraordinary scenes of finding someone to blame. Neighbour turned on neighbour and people blamed the Chinese and other immigrant communities for introducing and spreading the disease.