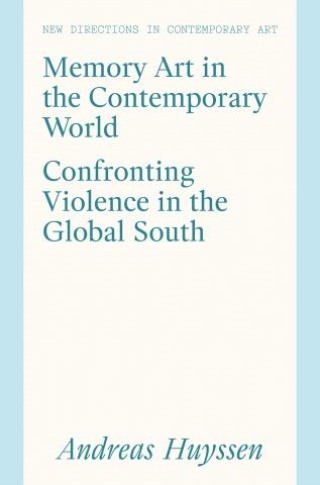 Memory Art in the Contemporary World

Memory Art in the Contemporary World deals with the ever-expanding field of transnational memory art, which has emerged from a political need to come to terms with traumatic historical pasts, from the Holocaust to apartheid, colonialism, state terror and civil war. The book focuses on the work of several contemporary artists from beyond the Northern Transatlantic, including William Kentridge, Vivan Sundaram, Doris Salcedo, Nalini Malani and Guillermo Kuitca, all of whom reflect on historical situations specific to their own countries but in work which has been shown to have a transnational reach. Andreas Huyssen considers their dual investment in memories of state violence and memories of modernism as central to the affective power of their work. This thought-provoking and highly relevant book reflects on the various forms and critical potential of memory art in a contemporary world which both obsesses about the past, in the building of monuments and museums and an emphasis on retro and nostalgia in popular culture, and simultaneously fosters historical amnesia in increasingly flattened notions of temporality encouraged by the internet and social media.

Andreas Huyssen: Andreas Huyssen is the Villard Professor of German and Comparative Literature at Columbia University, where he served as founding director of the Center for Comparative Literature and Society. He is also a founding editor of New German Critique (1974-). His many publications include After the Great Divide (1986), Present Pasts (2003), William Kentridge, Nalini Malani: The Shadowplay as Medium of Memory (2013) and Miniature Metropolis: Literature in an Age of Photography and Film (2015).