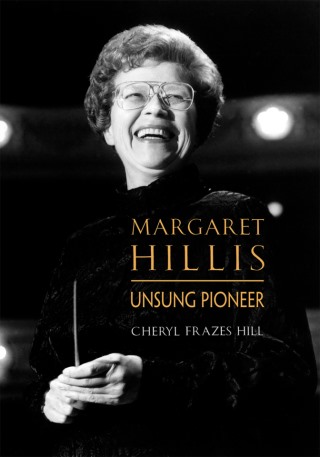 Conductor, chorus director, airplane pilot, educator, activist, mentor, and advocate Margaret Hillis blazed a trail upon which many continue to tread. The first woman to regularly conduct a major symphony orchestra, she was the founder of the Chicago Symphony Chorus and served for thirty-seven years as its first director, winning nine Grammy Awards.She was also a flight instructor for the U.S. Navy during World War II, an influential member of the National Endowment for the Arts, and built a reputation for her meticulous score preparation and innovative methods of refining choruses into superb ensembles. She earned the respect of the world's major conductors along with the admiration and affection of many musicians, colleagues, and music lovers.But as compelling as what Margaret Hillis achieved is how she deftly circumvented the constant barriers in fields where women were not welcome. Further complicating her career aspirations, Margaret Hillis was a lesbian woman in an era when such an identity would have certainly ended her career. In Margaret Hillis: Unsung Pioneer, author Cheryl Frazes Hill—a longtime colleague and associate—examines how Hillis was able to overcome the many challenges she faced, navigating a career in ways relatable not only to musicians but also to women in all professions. Margaret Hillis's story is one of resilience, determination, and passion for music. Her journey is an inspiration, a portrait of what it takes to succeed at the highest level in any field.

Cheryl Frazes Hill: Dr. Cheryl Frazes Hill is the Conductor of the Milwaukee Symphony Chorus and the Associate Conductor of the Chicago Symphony Chorus (CSC). Beginning as a member of the CSC in 1976, Margaret Hillis appointed Frazes Hill to her conducting staff in 1987. Frazes Hill has served as professor of music at Roosevelt University's Chicago College of Performing Arts since 2002. A frequent guest conductor, Frazes Hill is a published writer for national education and choral journals on topics of her research in music education and choral conducting.