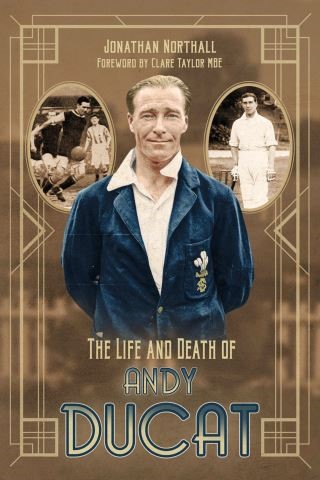 The Life and Death of Andy Ducat

The Life and Death of Andy Ducat is the fascinating and captivating biography of one of England's earliest sporting heroes. The story starts in the reign of Queen Victoria and ends, tragically, on the hallowed turf of Lord's Cricket Ground during the Second World War. History has not been kind to Andy Ducat, and his untimely death in 1942, while playing at Lord's, is the only fact known by many about this sporting idol. Andy is one of a select band of men to represent England at football and cricket. In football, he captained Aston Villa to FA Cup glory in 1920 and made Arsenal's 'Greatest 50 players'. In cricket, Andy scored more than 23,000 first-class runs and played for Surrey in a team of greats such as Hobbs, Sandham and Fender. Andy was a gifted sportsman with a core philosophy of fair play, which made him universally liked. However, his contribution to English sport in the early years of the 20th century has been forgotten. It is time for a new generation of sports fans to discover Andy's story.