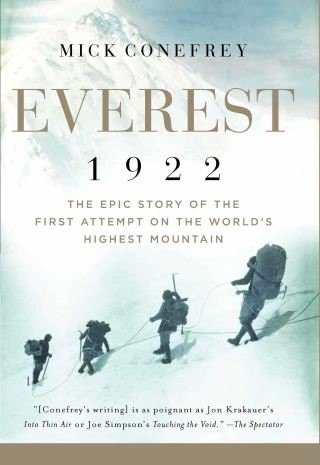 The dramatic and inspiring account of the very first attempt to climb Mount Everest, published to coincide with the centenary of the expedition of 1922.

The first attempt on Everest in 1922 by George Leigh Mallory and a British team is an extraordinary story full of controversy, drama, and incident, populated by a set of larger-than-life characters straight out of an adventure novel.

The expedition ended in tragedy when, on their third bid for the top, Mallory's party was hit by an avalanche that left seven men dead. Using diaries, letters, and unpublished accounts, Mick Conefrey creates a rich, character-driven narrative that explores the motivations and private dramas of the key individuals—detailing their backroom politics and bitter rivalries—who masterminded this epic adventure.

Mick Conefrey: Mick Conefrey is an award-winning writer and documentary film maker. He created the landmark BBC series The Race for Everest to mark the sixtieth anniversary of the first ascent. His previous books include The Adventurer’s Handbook; Everest 1953, the winner of a Leggimontagna Award; and The Ghosts of K2, which won a U.S. National Outdoor Book Award. Conefrey lives in England.