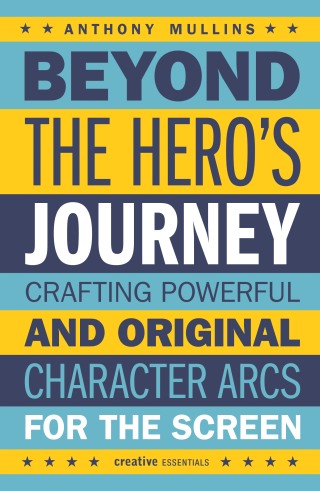 Beyond the Hero's Journey

Crafting Powerful and Original Character Arcs for the Screen

Telling a story is simple, right? You take a 'hero' and send them on a 'journey'. There's a beginning, middle and an end. But what if your story doesn't fit into that basic structure?

In Beyond the Hero's Journey, BAFTA award-winning screenwriter Anthony Mullins presents an accessible, versatile and highly visual alternative to writing that dramatically expands the range of narratives open to writers, both emerging and experienced.

Fun and easy-to-use, this book looks at much-loved films from around the world, including Moonlight, Lady Bird, The Social Network, The Godfather, A Fantastic Woman, Mulholland Drive, Shoplifters, Amour, Inside Llewyn Davis and Call Me By Your Name, to teach you the ins and outs of writing for the screen through identifying and taking control of character arcs.

Beyond the Hero's Journey is for every writer who has felt frustrated by the neat confines of writing guides. It will teach you to explore and excel in telling more complex, intricate and authentic stories - and show you how to share your own distinctive, original voice with the world.

Anthony Mullins: Anthony Mullins is a BAFTA and AWGIE award-winning screenwriter and director. The projects Anthony has written and directed have won numerous international awards including a Primetime Emmy, an International Digital Emmy, two BAFTAs and five Australian Writers Guild awards. He has been the creative director and lead writer on several award-winning interactive projects for major film and television productions including LOST, Spooks, Primeval, The Bourne Legacy and Salt. His short films and documentaries have competed in some of the world's most prestigious film festivals.