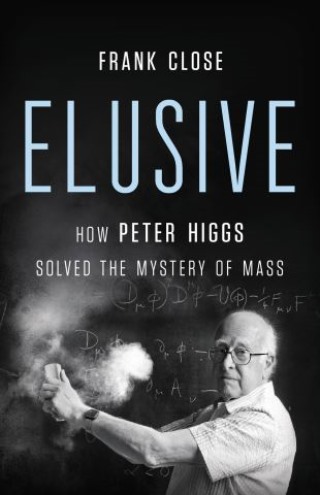 How Peter Higgs Solved the Mystery of Mass

On July 4, 2012, the announcement came that one of the longest-running mysteries in physics had been solved: the Higgs boson, the missing piece in understanding why particles have mass, had finally been discovered. On the rostrum, surrounded by jostling physicists and media, was the particle’s retiring namesake—the only person in history to have an existing single particle named for them. Why Peter Higgs? Drawing on years of conversations with Higgs and others, Close illuminates how an unprolific man became one of the world’s most famous scientists. Close finds that scientific competition between people, institutions, and states played as much of a role in making Higgs famous as Higgs’s work did.

A revelatory study of both a scientist and his era, Elusive will remake our understanding of modern physics.

Frank Close: Frank Close, OBE, FRS is a particle physicist and an emeritus professor of physics at the University of Oxford. He is the author of over a dozen books, including Infinity Puzzle and Half-Life. He lives in Oxford, England.