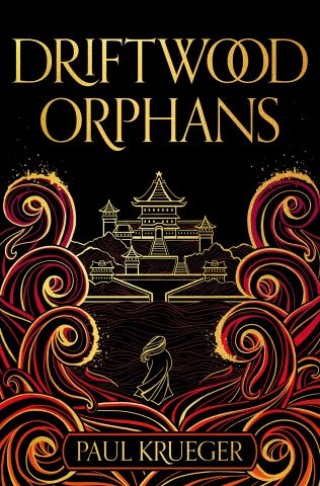 Before she was betrayed and left for dead, Tenny was many things: prodigal daughter of the Driftwood City underworld. Leader of the Thorn Orphans, the gang fighting for a better tomorrow. City shaman, able to bend her home's boroughs to her will. Partner-in-crime to Cole, the runaway rich boy with powers just like hers.

But that was all before.

Four years later, Tenny is an exile, sleepwalking through life and waiting to die. But a chance encounter puts her on a bloody path back to the life she left behind. Friendless and powerless, she returns to Driftwood City, only to find a world where the Thorn Orphans have finally won. A better tomorrow, today.

And all that progress tethered to the heartbeat of the friend who ordered her death.

Her city. Her vengeance. It's an impossible choice.

But if Tenny wants to survive, she'll have to choose one.

Paul Krueger: Paul Krueger is a Filipino-American author. His first novel was the urban fantasy Last Call at the Nightshade Lounge, followed by the critically acclaimed stand-alone fantasy Steel Crow Saga. A lapsed Chicagoan, he may now be found literally herding cats in Los Angeles.