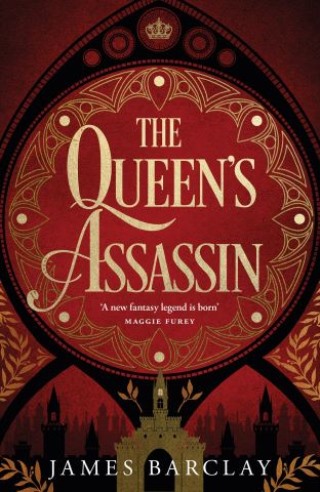 Naida is living a lie.

A peerless battlefield surgeon. A talisman for the army. A symbol of hope in an impossible, grinding war.

Society, led by the queen, has long held that the Esselrode people and their abilities are inherently, irredeemably evil, a truth which Naida has been brought up to believe. But as one of them, feeling compelled to use her powers again and again to heal those on the brink of death, it's hard to accept. It's even harder to live a lie, conflicted about her hidden identity, when the truth could save lives.

Taken from the battlefield where she thrives to a court where her life hangs ever more precariously in the balance, Naida is about to learn that there are even greater secrets, and conspiracies, afoot . . . and that her dangerous truth could change the course of a nation . . .

James Barclay is back with a brand-new standalone adventure which will tug on your heartstrings and keep you glued to your seat. James is truly a fantasy great, and this new novel will satisfy all fans of the genre.

James Barclay is the author of the Chronicles of the Raven and Legends of the Raven series, which have sold hundreds of thousands of copies. The Raven saga came to a conclusion with the stunning Ravensoul.

He also penned the epic fantasy duology The Ascendants of Estorea and completed an Elves trilogy: Elves: Once Walked With Gods, Elves: Rise of the Tai'Gethen and Elves: Beyond the Mists of Katura.

James Barclay lives in Teddington with his wife and two children.