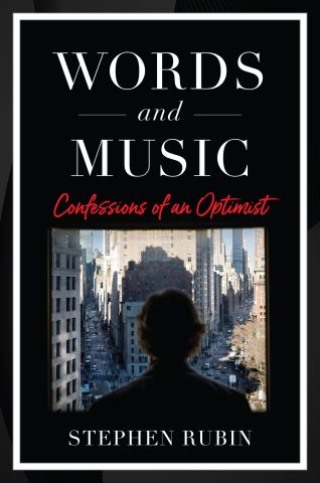 Confessions of an Optimist

From his earliest days as a culture-beat reporter, through a wildly successful four decades in the book business, to his latest philanthropic ventures, Stephen Rubin has witnessed up close the highs and lows of publishing, music, and entertainment over the last half-century. Now, in this refreshingly forthright and uninhibited memoir, he shares the stories and secrets of a legendary career.

Freshly graduated from New York University, Rubin parlayed what had been a music column in his college paper into a freelance writing gig, covering culture, pop and classical music, and Hollywood. This landed him spots in major newspapers and put him in the company of fabulous opera divas, pop singers, and other unforgettable personalities (including his future wife Cynthia, a talent manager). Here, he shares his adventures with such varied and iconic figures as Luciano Pavarotti, Judy Garland, Pierre Boulez, Burt Lancaster, Dimitri Shostakovich, and Gregory Peck.

Rubin recounts how, after joining Bantam Books in 1984, he rose steadily through the ranks of the publishing business, taking readers behind the scenes of the publication of record-breaking bestsellers such as John Grisham’s The Firm and Dan Brown’s The Da Vinci Code. With an uncanny ability to right the ship of floundering houses and imprints, he stepped into roles (and on some toes) at Bantam, Doubleday, Transworld, Henry Holt, and Simon & Schuster. He spares no details or feelings as he recounts corporate missteps and personal feuds at the highest levels of the literary world.

Full of riveting detail, engagingly told, and generously leavened with insider dish, this is an unparalleled look at the culture industry from the man who’s seen it all first-hand.

Stephen Rubin joined Bantam Books in 1984 after a decade-plus career in journalism. Named president and publisher of Doubleday in 1990, he remained there until 2009, interrupted by a three-year stint in London as chairman of Transworld Publishers. He served as president and publisher of Henry Holt until 2020, and currently he is a consulting publisher for Simon & Schuster. Rubin sits on the board of the San Francisco Conservatory of Music and is the founder of the Stephen and Cynthia Rubin Institute for Music Criticism.