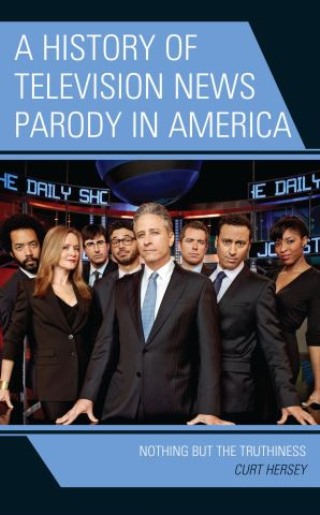 A History of Television News Parody in America

Nothing but the Truthiness

In this book, Curt Hersey explores the history of U.S. media, demonstrating how news parody has entertained television audiences by satirizing political and social issues and offering a lighthearted take on broadcast news. Despite shifts away from broadcast and cable delivery, comedians like Samantha Bee, Michael Che, and John Oliver continue this tradition of delivering topical humor within a newscast format. In this history of the television news parody genre, Hersey critically engages with the norms and presentational styles of television journalism at the time of their production. News parody has increasingly become part of the larger journalistic field, with viewers often turning to this parodic programming as a supplement and corrective to mainstream news sources. Beginning in the 1960s with the NBC program That Was the Week That Was, the history of news parody is analyzed decade by decade by focusing on presidential and political coverage, as well as the genre’s critiques of television network and cable journalism. Case studies include Saturday Night Live’s “Weekend Update;” HBO’s Not Necessarily the News; Comedy Central’s original Daily Show, The Daily Show with Jon Stewart, and The Colbert Report; and HBO’s Last Week Tonight with John Oliver. Scholars of media history, political communication, and popular culture will find this book particularly useful.

Curt Hersey is associate professor of communication at Berry College in Rome, Georgia.