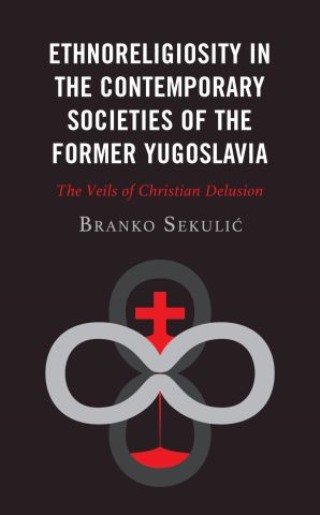 Ethnoreligiosity in the Contemporary Societies of the Former Yugoslavia

The Veils of Christian Delusion

Using Christian communities in the former Yugoslavia as a case study, Branko Sekulić introduces the concept of ethnoreligiosity to the theological discussion in order to resolve the confusion that occurs when scholars talk about the concepts of ethno-religion or ethnoreligion. Ethno-religion/ethnoreligion came to describe the phenomenon of ethnic religion as a certain cultural specificity and which by itself has no negative connotation, but due to the lack of a better expression , it has been used as a term for the phenomenon of ethnic and religious conflict and discrimination. In that sense, ethnoreligiosity can be defined as a phenomenon resulting from the usurpation of the religious aspect of human life by the ethnic one, or more precisely, it emerges as a consequence of an ethnic (ethnonational) ideological overtaking of the structures of the religious organization. It takes place through the attempt to give sacral connotation to a particular ethnonational myth as an integral part of ethnonational ideology, with the result that religious feeling is no longer generated on a religious but primarily on an ethnonational base. By understanding the proper definition and manifestation of ethnoreligiosity, one will have the opportunity to discern the basic components of this phenomenon not only within the countries of the former Yugoslavia, but in other countries as well.