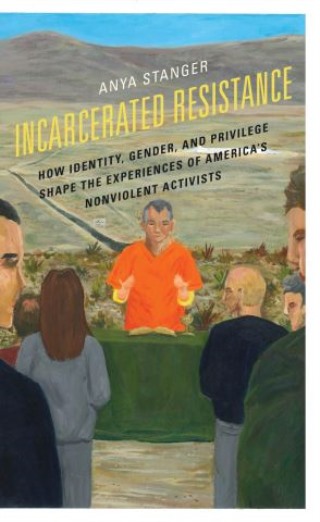 How Identity, Gender, and Privilege Shape the Experiences of America's Nonviolent Activists

Who would go to prison on purpose?

Incarcerated Resistance tells the stories of 43 activists from the School of the America’s Watch and Plowshares movements who have chosen to commit illegal nonviolent actions against the state and endure the court trials and lengthy prison sentences that follow. Employing this high-risk tactic is one of the most extreme methods in the nonviolent toolkit and typically entails intentionally breaking the law, most often through crimes of trespass onto federal property or the destruction of federal property. Though they have knowingly broken the law and generally expect to be incarcerated, their goal is to raise awareness and to resist, not necessarily to go to jail. The majority of “justice action prisoners” seek not-guilty verdicts, and use the space of the courtroom and subsequent media attention as opportunities to share information about their issues of concern.

Rooted in individual stories and told through a feminist framework that is attentive to relations of power, Incarcerated Resistance is as much about nuclear weapons and solidarity activism as it is about the U.S. prison system and patriarchal culture. Almost all war-resisting “justice action prisoners” are white, well-educated, Christian, and over the age of 60. Privilege, gender, and religious identity especially shape what happens to this committed group of nonviolent activists, as their identities may also be strategically deployed to bolster their acts of resistance, in important but fraught attempts to “use” privilege “for good.”

From the decision to act through their release from prison, nonviolent resistance illuminates the interconnected struggles required to upend systemic violence, and the ways that we are all profoundly affected by America’s deep-seated structures of inequality.