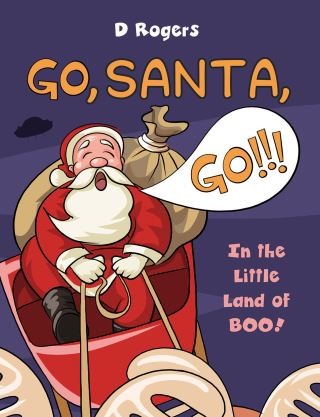 What do you think a monster puts on their Christmas list?
A doll, a car, a cuddly toy
Or a box of building blocks?
Or how about pyjamas
Or a pair of bright blue socks?
Well, if you don't know
Don't worry
Because Santa's on his way
With lots of monster presents
Piled up high in his sleigh
But who has asked for what?
However will he know?
Let's jump aboard his magic sleigh
And shout out GO!!!
Have a very, merry, monster Christmas.

D Rogers: D Rogers has been writing songs and poems since he was very young. To date, the amount written is probably in the region, of about 1000! A profound moment of his writing was when one of his pieces was read out by Sir T Wogan, live on Radio, twice.
Aside from writing, he enjoys music, film and gardening.