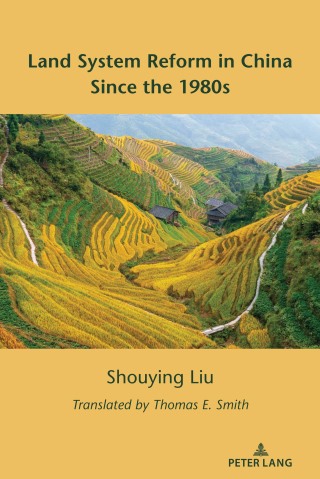 Land System Reform in China Since the 1980s

Land system reform in China has always been a hot topic and a controversial one. After the Third Plenary Session of the 18th CPC Central Committee (2013) issued its “Decision,” people throughout society generally responded well to that part relating to land system reform, but there were also a few dissenting voices. In the face of controversy, the central government determined the principles of land system reform: it set the program, tested it in local pilots, and only then did it apply the reform uniformly, first by enacting the laws, and so on. Under this background, this book goes through the fundamental logic of China’s land system reform since the 1980s and studies the problems this logic has encountered and whether it still works well. Hence, this book covers topics ranging from the historic origin of China’d land system, China’s rural land system and the relationship between China’s urbanization and land system reform. As a famous policy expert in China, the author also provides his own insights into how to find a solution to the land issue in China. This book is suitable for anyone who is interested in the facts and relevant research works of China’s land system reform, especially researchers in similar fields.

Shouying Liu graduated from Fudan University and is now a professor of School of Economics in Renmin University of China. He was recognized in Elsevier's list of the Most Cited Chinese Researchers in the field of social sciences and won the 7th Peikang Chang Excellent Achievement Award of Development Economics in 2018.