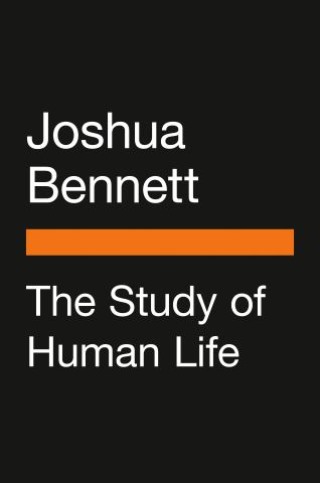 The Study of Human Life

A third collection that reveals an acclaimed poet further extending his range into the realm of speculative fiction, while addressing issues as varied as abolition, Black ecological consciousness, and the boundless promise of parenthood

Across three sequences, Joshua Bennett’s new book recalls and reimagines social worlds almost but not entirely lost, all while gesturing toward the ones we are building even now, in the midst of a state of emergency, together. Bennett opens with a set of autobiographical poems that deal with themes of family, life, death, vulnerability, and the joys and dreams of youth. The central section, “The Book of Mycah,” features an alternate history where Malcolm X is resurrected from the dead, as is a young black man shot by the police some fifty years later in Brooklyn. The final section of The Study of Human Life are poems that Bennett has written about fatherhood, on the heels of his own first child being born last fall.

Joshua Bennett: Poet, performer, and scholar Joshua Bennett is the author of two collections of poetry, Owed and The Sobbing School, as well as a book of criticism, Being Property Once Myself: Blackness and the End of Man. His first work of narrative nonfiction, Spoken Word: A Cultural History, is forthcoming from Knopf. He received his PhD in English from Princeton University, and is currently Professor of English and Creative Writing at Dartmouth College. His writing has been published in The New York Times Magazine, The Paris Review, Poetry, The Yale Review, and elsewhere. In 2021, he was the recipient of a Guggenheim Fellowship and a Whiting Award in Poetry and Nonfiction. He lives in Boston.