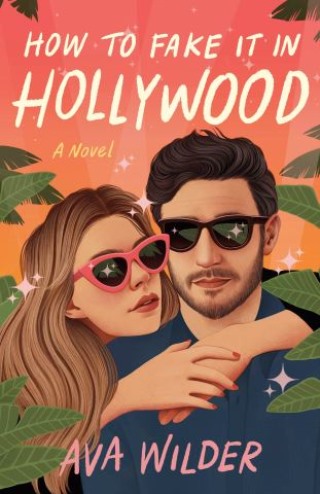 How to Fake It in Hollywood

A talented Hollywood starlet and a reclusive A-lister enter into a fake relationship . . . and discover that their feelings might be more than a PR stunt in this sexy debut for fans of Beach Read and The Unhoneymooners.

Grey Brooks is on a mission to keep her career afloat now that the end of her long-running teen TV show has her (unsuccessfully) pounding the pavement again. With a life-changing role on the line, she’s finally desperate enough to agree to her publicist’s scheme: fake a love affair with a disgraced Hollywood heartthrob who needs the publicity, but for very different reasons.

Ethan Atkins just wants to be left alone. Between his high-profile divorce, struggles with drinking, and grief over the death of his longtime creative partner and best friend, Ethan has slowly let himself fade into the background. But if he ever wants to produce the last movie he and his partner wrote together, Ethan needs to clean up his reputation and step back into the spotlight. A gossip-inducing affair with a gorgeous actress might be just the ticket, even if it’s the last thing he wants to do.

Though their juicy public relationship is less than perfect behind the scenes, it doesn’t take long before Grey and Ethan’s sizzling chemistry starts to feel like more than just an act. But after decades in a ruthless industry that requires bulletproof emotional armor to survive, are they too used to faking it to open themselves up to the real thing?

Ava Wilder: Ava Wilder is a contemporary romance writer. After spending most of her life bouncing all over the East Coast, she currently lives in Oklahoma City with her fiancé and their toothless cat. How to Fake It in Hollywood is her first novel. No one is more surprised than she is that her lifelong obsession with pop culture actually led to something useful.