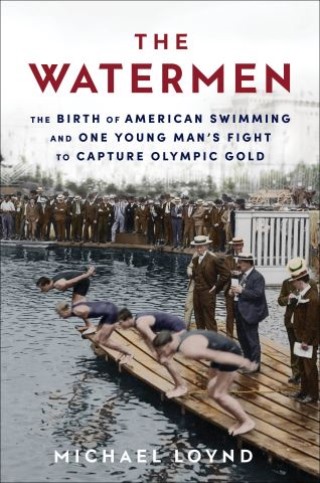 The feel-good underdog story of the first American swimmer to win Olympic gold, set against the turbulent rebirth of the modern Games, that “bring[s] to life an inspiring figure and illuminate[s] an overlooked chapter in America’s sports history” (The Wall Street Journal)

“Once or twice in a decade, one of these stories . . . like Laura Hildebrand’s Unbroken [or] Daniel Brown’s The Boys in the Boat . . . captures the imagination of the public. . . . Add The Watermen by Michael Loynd to this illustrious list.”—Swimming World

In the early twentieth century, few Americans knew how to swim, and swimming as a competitive sport was almost unheard of. That is, until Charles Daniels took to the water.

On the surface, young Charles had it all: high-society parents, a place at an exclusive New York City prep school, summer vacations in the Adirondacks. But the scrawny teenager suffered from extreme anxiety thanks to a sadistic father who mired the family in bankruptcy and scandal before abandoning Charles and his mother altogether. Charles’s only source of joy was swimming. But with no one to teach him, he struggled with technique—until he caught the eye of two immigrant coaches hell-bent on building a U.S. swim program that could rival the British Empire’s seventy-year domination of the sport.

Interwoven with the story of Charles’s efforts to overcome his family’s disgrace is the compelling history of the struggle to establish the modern Olympics in an era when competitive sports were still in their infancy. When the powerful British Empire finally legitimized the Games by hosting the fourth Olympiad in 1908, Charles’s hard-fought rise climaxed in a gold-medal race where British judges prepared a trap to ensure the American upstart’s defeat.

Set in the early days of a rapidly changing twentieth century, The Watermen—a term used at the time to describe men skilled in water sports—tells an engrossing story of grit, of the growth of a major new sport in which Americans would prevail, and of a young man’s determination to excel.