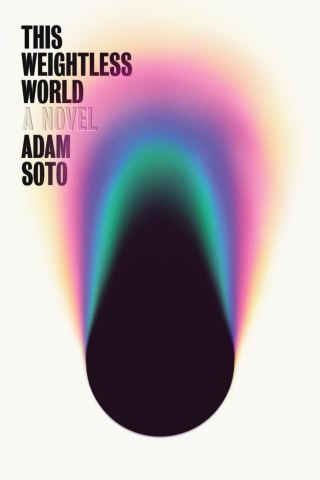 "It's precisely Soto's refusal to be 'weighted' down by decades of genre tradition, to instead turn the trope on its head and in doing so remind us that no-one but ourselves is coming to save us, that makes This Weightless World such an exciting and radical novel." —Ian Monde, Locus

"Set in Silicon Valley and Chicago, This Weightless World considers questions of morality in a world where people feel powerless in the face of formidable systemic forces." —Laura Adamczyk, A.V. Club

A literary debut subverting classic sci-fi tropes set in gentrified Chicago, Silicon Valley, and across the vastness of the cosmos.

From the streets of gentrified Chicago, to the tech boom corridors of Silicon Valley, This Weightless World follows a revolving cast of characters after alien contact upends their lives.

We are introduced to Sevi, a burned-out music teacher desperate for connection; Ramona, his on-again, off-again computer programmer girlfriend; and Sevi’s cello protégé Eason, struggling with the closure of his high school; after a mysterious signal arrives from outer space. When the signal—at first seen as a sign of hope—stops as abruptly as it started, they are all forced to reckon with its aftermath. In San Francisco, Sevi fights to find meaning in rekindled love; and Ramona–determined to build an AI to prevent mankind’s self-destruction–begins to feel the weight of past mistakes. And in Chicago, Eason measures his commitment to an estranged childhood friend against the chance of escaping neighborhood troubles.

A dazzling deconstruction of science fiction tropes, This Weightless World looks to the past for a vision of the future.

Adam Soto: Adam Soto is a co-web editor at American Short Fiction. He holds an MFA from the Iowa Writers' Workshop and is a former Michener-Copernicus Foundation Fellow. He lives with his wife in Austin, Texas, where he is a teacher and a musician. This Weightless World is his first novel.